So much time has gone by and I don't even know what to do with this blog.  I can't delete it because for years before Facebook,  I poured my heart and soul into it.  I guess it will end up just one of those things on the Internet gathering dust.  I will try and update once in a while just to keep it active. 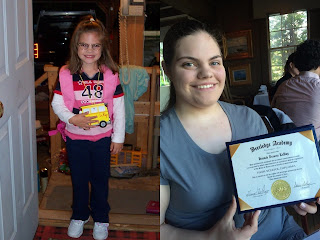 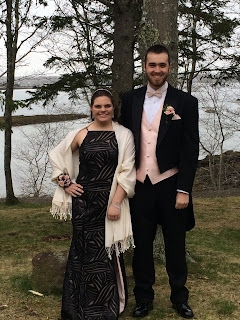 Hannah graduated from homeschool high school last month. The picture shows her on the first day of kindergarten and the day she graduated high school.    She's such a good girl - a hard worker who loves horses so much.  She bought herself a horse last month too.  Here she is in May going to prom with her friend, Jake.  We don't get to spend much time with her lately as she works most days and when she's not working, she's with her friends.

Thought I would take a moment and update my blog.  I can't believe my last post was shortly after my brother, Scott died, almost 2 years ago.  I'm such a slacker

Gary has totally healed up from his heart surgery and is doing fine.  I'll take a picture of his scar and post it sometime so you all can see how good it looks.  He still has Atrial Fibrillation most days.  He has had a test that they run to make sure no blood is pooling in his heart during the A-fib and it is not.

We are still homeschooling Hannah and are in our 4th year and she's a junior.  She rides at the barn every week and leases a horse.  She also take s STEM Science class in Wells, cooking in Scarborough and a theater class in Portland.  She's a busy girl!

My mother was diagnosed with dementia and now lives in a facility in Cape Elizabeth.  Dementia and Alzheimers are the cruelest diseases ever.  They steal your loved one right away in front of you, leaving a shell of a person that looks like your loved one but is not them.  I've done so much reading on both diseases.  The new normal is to never argue with my mother anymore. Whatever she says we just agree with.  It causes her too much stress to do otherwise. 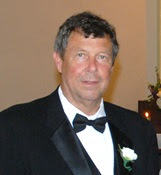 WATERBORO -- Scott A. Higgins, 55, a resident of Pearl Street, Waterboro, and longtime residential painter in the Kennebunk area, died on Thursday, Nov. 8, 2012, at Southern Maine Medical Center in Biddeford after a period of failing health.

Scott was born on Nov. 24, 1956, in Biddeford, the son of William E. Higgins and Carolyn F. Dargis Higgins. Scott is a 1975 graduate of Kennebunk High School, and attended The University of Maine at Orono. Growing up, he spent many years in the care of his uncle, Dan Higgins, who was a great support throughout Scott's life. In high school, Scott started painting local homes, and he grew his business for 37 years, painting many historic homes in the area.

Scott, a devoted father of four, was well loved by all. Scott is remembered for his reputation as an exceptional athlete, particularly with regard to his skill and accolades in basketball. More recently, Scott enjoyed camping, canoeing, playing horseshoes and darts.

KENNEBUNK — Two weeks ago Scott Higgins passed away at the much-too-young age of 55. His obituary that appeared in last week's Coast Star stated "Scott is remembered for his reputation as an exceptional athlete, particularly with regard to his skill and accolades in basketball." Those who saw him play know that those modest words don't fully explain what Higgins accomplished on the basketball court.

"As far as pure basketball talent, he was the best player I ever coached," said former Kennebunk High boys basketball coach Bill Obermeyer who guided the Rams' hoops program for 27 years (1967-94). "He was the consummate player. He could go inside or shoot outside. We had four great years with him." Higgins' four-year run wearing a Rams uniform began with the 1971-72 season. He made the varsity team as a 6-foot-2 freshman and finished the season with 135 points and 127 rebounds. "We had watched him (in middle school) and there was no doubt he was going to be a top talent," said Obermeyer. "Right from the start he had the skills. He was just built like a basketball player — tall, lean and wiry strong." The team won their last five games and finished with a 9-9 record, not quite good enough for a tournament spot, but the future looked bright. "He started some games as a freshman," Obermeyer noted. "We weren't a veteran team so Scott played a lot."

His sophomore season marked the beginning of a three-year run that saw the Rams win three consecutive Southern York Secondary School Association titles. Kennebunk went 16-2 during the regular season with Higgins getting selected to the league all-star squad along with teammates Jon Huff, Peter Crowell and Scott Campbell. Medomak Valley knocked the Rams from the regional tourney in the opening round in a 4-5 match-up. The 1973-74 produced similar results with Kennebunk again finishing 16-2. Along the way, Higgins hit key baskets and grabbed important rebounds to help the Rams win another SYSSA crown. He knocked down a 35-foot jumper at the buzzer to send a game against Traip Academy into overtime. The Rams eventually earned the win in the extra session, a game in which Higgins scored 29 points and grabbed 35 rebounds. Higgins also scored 26 points in a record-breaking 112-57 win over Massabesic. Despite another impressive regular season record, the Rams were once again dumped in the regional quarterfinals. This time it was a 68-61 lost to Lisbon despite 35 points from Higgins.

Post-season honors came in and Higgins was named to the PREP All-American basketball team for his efforts during his junior season. His senior year on the hardwood was another highlight reel for Higgins. The 6-4 forward/center scored the 1,000th point of his career midway through the season in a win against Sanford. The Rams went 15-3 and again qualified for the post-season where a strong Lake Region team knocked the Rams from the West B playoffs, 85-68. Higgins' final four-year totals at Kennebunk are an impressive 1,183 career points and an equally impressive 1,098 rebounds. "He was extremely coachable and he was an excellent teammate. Everybody looked up to him," said Obermeyer. "I don't know if he realized how good a player he was."

Higgins graduated from Kennebunk in June of 1975 and made his way to the University of Maine at Orono. Once again, he saw playing time as a freshman, in a reserve role, but for a team with a number of older and more experienced players. A University of Maine sports digest bio of Higgins described him as a 6-5 and 202-pound forward. It went on to say he "was a great raw talent, excellent jumper and good shooter." The highlight of his freshman season was a game against UConn when he played very well. The sports digest noted, "His aggressive play was a key factor in Maine big upset win at UConn." Despite a collegiate career that looked very bright, Higgins chose to leave UMaine and head back home. He got his residential painting business cranked up and began his working career. He started a family. And he continued to play basketball. In the 1970s and 1980s there were a number of competitive men's leagues that were flourishing in the immediate area. Higgins played for teams that participated in Portland as well as Portsmouth, N.H. Michael Bennett, who played at Kennebunk a few years after Higgins, got a chance to team up with him during some of those years. "I had the pleasure of playing with Scott after college in men's league competition," said Bennett. "Without question, in my mind, he was the best player to come out of Kennebunk High. "Scott could do it all. Shoot, pass, dribble, play tough defense and most of all rebound. He was head and shoulders better than anyone else. He was such a skilled player. He was intense on the court where the other team was his enemy, off the court, the nicest guy you would ever know."

His family, friends and former teammates said their good-byes and paid their respects at a celebration of life service last week in Kennebunk. He was honored as a hard-working businessman, a proud father, a good family man and a friend. And he'll be remembered by many as the best boys basketball player ever at Kennebunk High School
Posted by Sheri at 4:15 PM 1 comment:

Don't squat with your spurs on.
~Anonymous Cowboy